Alright, hear me out.

I found these side-emitting addressable LED’s: 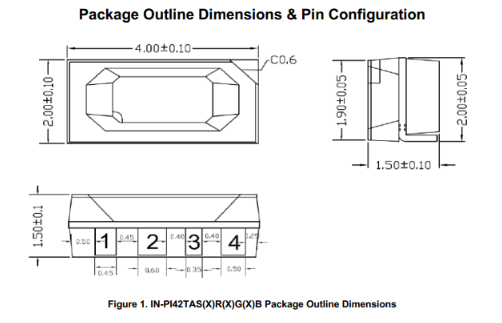 If you made a bunch of disk-shaped PCB’s ~9mm in diameter, you could make a stack that would fit inside the normal blade foam.

19 AWG solid copper wire running through the middle for 15 AMPS of current, and 26 AWG for the data signal. It would be very flexible and hard to break. Something like this: 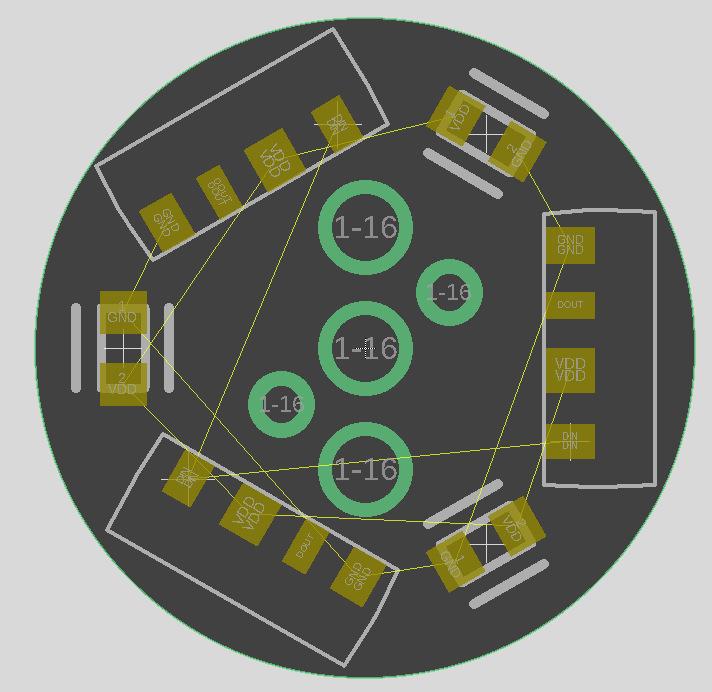 The PCB’s would be very cheap to buy through JLC PCB (~20 cents each).

What do you think?

Interesting idea. The 20 cents is for a blank PCB though, right?

The assembly seems like a pain though. The PCBs will need to be threaded onto the wires and soldered individually, sort of like making an old-fashioned LED string blade, and the data wire would be even harder since it needs to be a separate wire in between each PCB. (In your diagram you have all the DINs connected together. The connection to the next PCB has to come from DOUT on one of the LEDs though. Personally I would prefer to have each LED individually addressable though, which means connecting DIN->DOUT everywhere.)

What’s even worse is that if you screw it up somewhere, fixing it is going to be pretty difficult.

One possible way to improve upon this concept would be to make the PCB double-sided, with 3 LEDs on each side. (60 degrees shifted) This could reduce the amount of assembly needed and also potentially cram a few more LEDs into the blade AND lead to less shadowing.

I wonder if maybe it would be simpler to use some sort of stackable headers for this. It would add to the component cost, and the PCBs could possibly come apart, but it would be super easy to assemble, and super easy to replace a piece if it was to go bad.

I really think assembly wouldn’t be that bad though…you could cut some 3 mm silicone tubing and put it around the power wires to help with spacing. It will be a pain to solder 200 boards though.

Ideally you’d test each pcb before assembly. Maybe with a simple pogo pin setup connected to an arduino.

Are you talking about having three searate data signals? What is the benefit when the blade only has one data pad on the shtok connector?

No, just one data signal, but all the LEDs would be in serial.

Can you buffer 600+ pixels worth of data?

Yes, but it might tax the OS a bit.
The maximum frame rate would be 53 FPS, which should be good enough.
If the blade styles are too heavy, I can implement something that just duplicates the values 3 times to speed things up.

I don’t suppose these pixels support 1.6Mhz data rate? That could potentially double the frame rate.

I have a blade for my K4 saber which has 529 leds in it. It works pretty well with ProffieOS 5.x, but I expect it to work even better with ProffieOS 6.x:

I also have plans to build a quad-blade using higher density strips:

A while back I found these 288-led-per meter strips, and I’ve been wanting to build a zigzag quad-blade using those ever since. ProffieOS6 has some optimizations that makes it better at handling a lot of LEDs, so I figure it’s time to start building. [IMG_20211002_180545] The idea is to fold one of the edges of the strip into a 90-degree angle, then the four strips overlap partially and form a sort of pinwheel shape around a 6mm square wooden dowel. We’ll see how well it works… The final blade should have about 1060 LEDs, twice that of my current zigzag quad-blade.

Here’s the datasheet for the pixels: http://www.inolux-corp.com/datasheet/SMDLED/Addressable%20LED/IN-PI42TAS(X)R(X)G(X)B_v1.1.pdf

Part number is IN-PI42TASPRPGPB if you don’t like clicking links.

Also, I quoted a draft PCB on JLCPCB, and here is the cost for a quantity of 400: 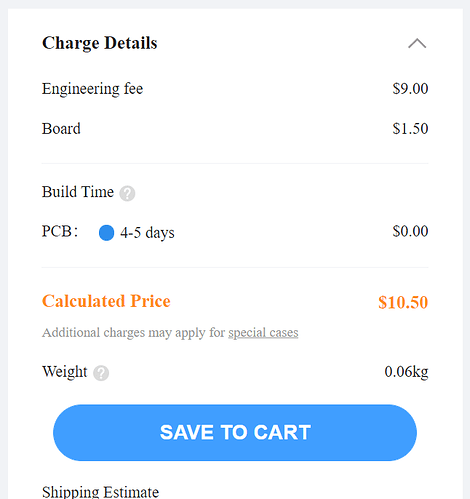 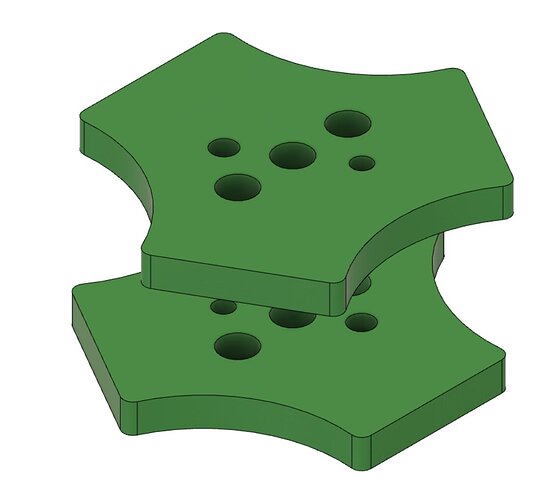 The center hole is GND. Both large holes on either side are VDD. One of the small holes is DIN, and the other is DOUT.

Every PCB is rotated 180 degrees, so that DIN lines up with DOUT every time. Since VDD is on both sides of GND, the PCB will still slide over the power rails when rotated. As a bonus, the lighting will be more even because the LED’s are on 120-degree spacing, and when rotated 180-degrees, an LED is pointing in the direction missed by the boards above/below.

Finally, I’m going to 3D-print some removable spacers to set the gap between PCB’s when soldering them to the power rails.

Make sure you get the IN-PI42TASPRPGPB, (the 12mA version) the 5mA version is not going to be very bright.

You know you can just use one capacitor instead of three right? (Just make it a slightly bigger capacitor.)

Also, I think there is room for 4 LEDs per PCB…

30 cents per pixel is horrendously expensive though.

Btw, it’s also possible to line up DIN/DOUT with each other by flipping every other PCB over. You would only need two wires for power if you did that.

Yes, I did think about 4 LEDS, but the current draw is going to be insane as it is…not to mention the cost…

One capacitor is a great idea. You think 0.2uF is okay?

You still only need two wires for power with the way I showed. The center one is always the same, and you only need one VDD wire. There just has to be a hole on both sides when you rotate.

Ok, true, but with flipping you only need two holes.

Also true, but I will probably need the bottom of the PCB for routing, and can’t afford to mirror the LED mounting pads.

The PCBs would be identical, it’s just the distance between the PCBs that wouldn’t be.

Although, I was thinking of the flipping more in the context of a double-sided PCB with LEDs on both sides.

Double-sided would be great though in terms of pixel density. These LED’s are really promising I think, being only 2mm tall. I’m getting a 0.8mm thick PCB.

I would seriously consider having someone else do the assembly of these.
Unless you have a pick-and-place machine, this will be an insane amount of work.

Who would you recommend? JLC won’t do assembly on anything smaller than 20mm square.