Feature request:
As seen in another thread, I’ve been getting to grips with OLED. I’ve found that I like to tweak some of the parameters in the font’s config.ini file.

However I think it would be useful to be able to make those tweaks globally rather than having to edit every font’s .ini.

I know I can do it in sound->-hybrid_fonts.h, but it would be great if it could be done in the main saber config, or possibly with a .ini in the common folder perhaps, as this would obviously make future OS updates much easier.

Just an idea.
Thanks for listening.

See if my reply in the other thread helps:

It’ll probably never happen because I can only imagine how hard it’d be do do something like this (let alone how much storage it would take up on your proffieboard) but I’ve always been one to mess around with ‘music’ sabers where I try to sync the saber’s pulsing or style with music. Unfortunately, it doesn’t work super great because music is dynamic and all you can really sync it to is the ‘drums’ and even then, that changes over time, so you’re usually stuck with a small loop of the song as a hum.

If there were some way to ‘animate’ different effects at a set bpm, it would be super interesting to create ‘audio visualizer’ sabers which could pair with certain songs. It’s an insane, massively over-complex idea that probably only I would use, but it would be cool. The only thing that I could think of that would allow for something like this would be a fully-fledged blade animation studio, like how CFX is able to animate their blades (might be wrong on that but I think they do have something similar.)

Though I think it could have uses for other sabers as well, like maybe your saber is super erratic and pulses unstable every 5 seconds for a half second, and in the animator you could make it do something on only that half-second period. But I’m sure there’s a much easier way to do that anyway.

videotoblc is what you want to play with. Then you’d make visuals to match the audio, and literally play the video on the blade.

New thread as suggested. A carry over paste from previous discussion: 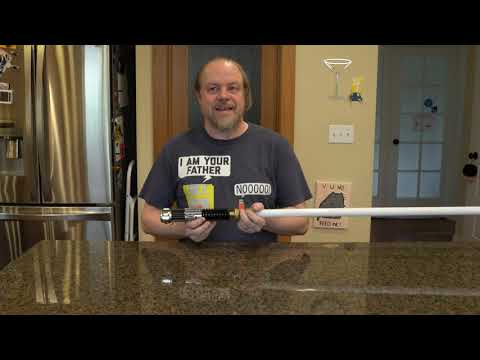 That’s fascinating, once I’m off work I’ll have to try to get that working. Didn’t even know that was possible.

It has been for a while. It does take some doing though as far as prep.
I have it on my to-do list to document the process as far as command line tools required, file specifics etc…
But, IMO it could have immense potential to make blades do cool stuff, and ideally someday some sort of streamlined app/interface/browser page thing could make it much easier to do by handling all the conversion and under the hood stuff, allowing a user to choose a video file, hit GO, and it spits out the .blc file.

Fredrik designed so many capabilities in Proffieboard, its insane. We cant all keep track!

After looking into it a little, I might have to wait until it’s documented a little better lol, I’m not super knowledgeable about this sort of thing, not even sure where to start tbh. Very cool though