Indeed, I’ve been focusing on the wiring rather than the config, but I should get there soon.

The pinout and the table below it should hopefully be complete though.

Does anybody have a non-illuminated pogo pin board that isn’t installed yet?
If so, could you take a high-resolution picture of the back so I can add it to the proffieboard configuration generator? I seems I don’t have any myself right now, and I can’t seem to find a good picture by googling.

If possible, one with 11 or more pins would be preferred. 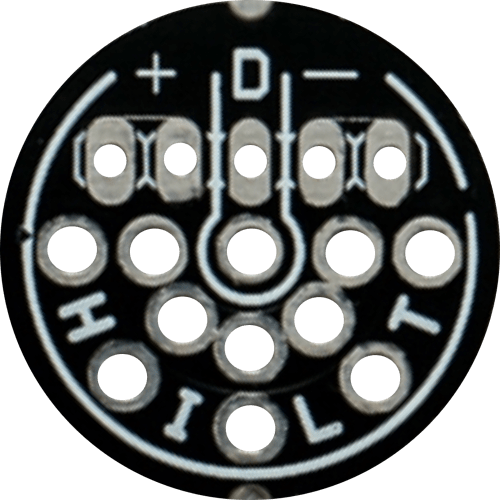 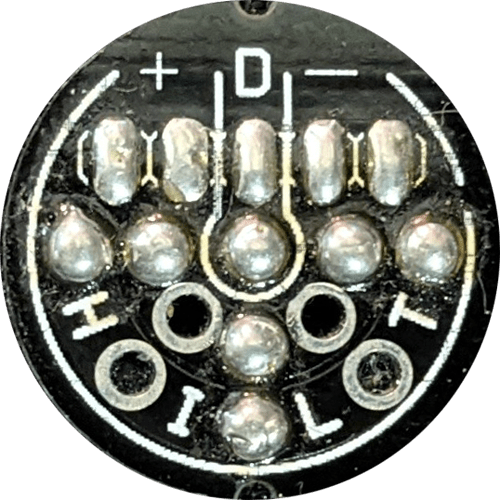 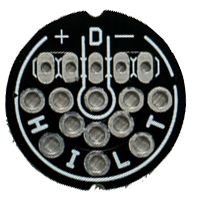 or without the holes cutout 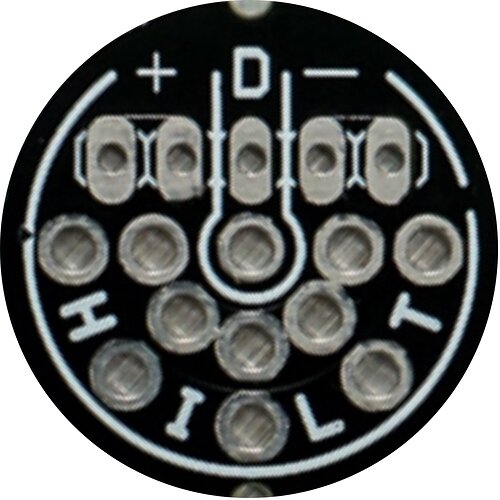 Because the documentation states 4.5v and proposes just one battery if serially connecting batteries. I wonder is a resistor or a buck converter on battery + would work.

A buck converter would work, but it will need to be able to provide a fair amount of current, I think 2A to be safe. A resistor will not work, because the current draw varies too much.

Some of my beta saber is already built. Built the V3 Shtok Connector last night, wired up the battery contacts and speaker. All I need is the V3 to run my switch wires, and then the double switch. My Beta saber will be my Aluminum KR Sabers Flagship etched by Sandoval. 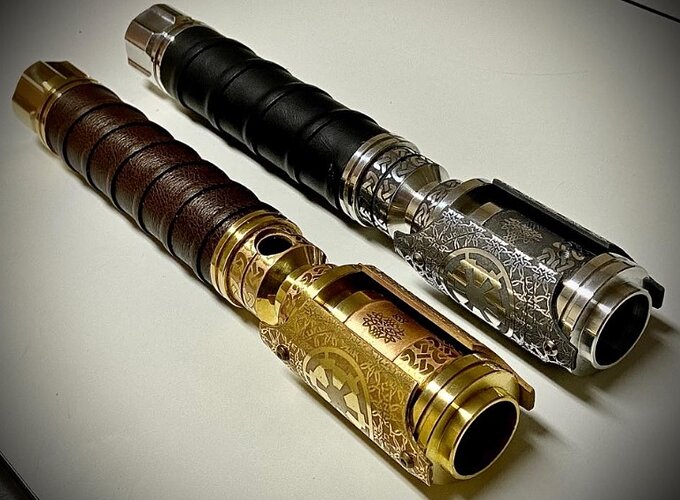 Out of interest, how are you going to make use of the V3.7 capabilities on this?

First, I’ll have the ability to move the data wire that runs the Shtok connector to all the data pads on the 3.7, I’ll be able to test in-hilt recharging, neopixel signals, and basic saber function. I also have OLEDs and Blue Tooth I can pop on the installed saber to test those as well. Standard beta test stuff. I have helped with beta testing each version of Proffie. I think our biggest error during Proffie 2.2 Beta was not testing neopixel signal on all the data pads, and an issue popped up on Data 3 or 4 after production, but it was a software issue. The main goal of Beta testing these boards is to make sure that basic saber functionality works, and there will be a task list of items for each person to test. Once the punchlist is done, Beta testing is over, and the board can go into mass production. If the punchlist has a lot of failures, then back to the drawing board. However, Fredrik doesn’t fly by the seat of his pants, historically, by the time he sends out boards for beta testing, he already knows they’re pretty decent. Beta testing won’t take too long, but I fear the chip shortage will effect the timeline on full-scale production. It will be a game of patience in the coming months.

I have a saber ready for install, which is for my wife. That’s after YEARS of builds she shrugged off. Now she’s like “ok, that one” and I’m over here like Frankenstein waiting on the right brain (the V3). Patience! Thanks, testors :). So much work for a volunteer gig.

Two CPU pins are already tied together for Data1, making blade ID work without additional components
This means I won’t need to run a 22kR between 3.3v and the BladeID pin to get “actual” resistor values?

Now that the Beta seems to be coming reasonably well, do you have an approximate schedule for V3 initial availability? If one of the manufacturers need a preorder, I would gladly sign up for a few.

Some pretty significant improvements to an already awesome board! I’m excited. It’s great to see proffie making advances to, in my mind, stay well ahead of other options.

No schedule yet, but keep your eyes peeled, hopefully we’ll have something to announce soon.

I can not wait. How’s the implementation? I wanted to put together, but I’m afraid that you will put some changes : /

If not, do you have a BOM file and a schematic?