Whats the history of the Profile Board? When was the first one? I bought a base lit Ultrasaber in 2017. I hadnt heard anything about Proffie or neopixel at the time. When I rolled up into Hollywood Studios at Disney with my Ultrasaber people were in awe.

The Teensy Saber is a light saber sound board based on a Teensy 3.2. The code is open source and the electronics is easy to build.It has some unique features:neopixel support44/22/11khz Audiotouch button supportmultiple blades with different presets...

cool thanks. How long was it before all the retail sites popped up, like artsaber, saber hutt, sabertheory

That happened quite a bit later.

After the first teensysaber, there was the TeensySaber V2 (February 2017):

TeensySaber V2 is officially here: It is completely open-source and runs

The TeensySaber V3 is a minor improvement upon the V2 design. The only differences are:

In Januari 2018, we had the first peek at the Proffieboard:

I really should probably keep this secret, but I can't contain myself, so here is a sneak peek at the next board I'm working on:

PCB manufacturing is such that the more you order, the cheaper it is.  So instead of making a bunch of boards and selling them, I thought I would try something different. This time, I'm doing

After that, things started taking off, and proffieboards became popular.

Thexter had a big part in making the proffieboard so popular, because of
the introduction of smoothswing:

V2 of the smoothswing algorithm. Running on my Seventh Saber.

In Januari 2018, Thexter posted a thread showing the algorithm he used:

I was going to post this in the bottom of the SmoothSwing V2 demonstration thread, but I think it's different enough in terms of audience that it should be it's own thread: Or

I was able to adapt this algorithm for proffieboards early on, which made Proffieboards the easiest way to get smoothswing into a saber.

In March 2019, we have the first Proffieboard V2 announcement:

I don't think it comes to a surprise to anybody that I've been working on an updated Proffieboard design. I've been rather busy, so it's been slow going, but I think it's about time I show off what

Neat, thanks for all the posts. So looks like the flurry of retail sellers has been the last couple years. The young gal that recommended Saber Hutt to me started buying neopixel sabers at the beginning of COVID

Technically it’s over 4.5 years for Proffieboard, isn’t it? I got my first Proffie in January 2019 and installed it April of that year. 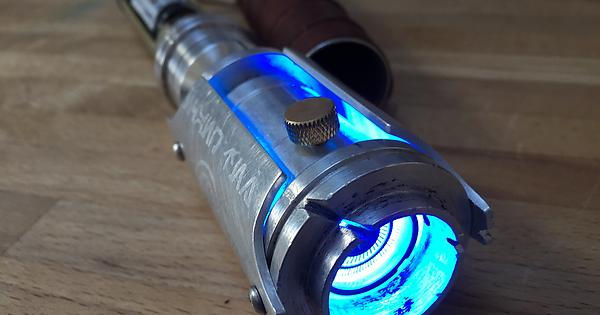 Yeah I meant since v2

Buying a proffie for DIY (without the chip shortage) is like taking a very affordable college course. You get out and realize you learned more and paid less.

Thats tight. Who made it? I just got a “Rey” lightsaber from Saber Hutt. Im also getting a longer blade for my base-lit UltraSaber. 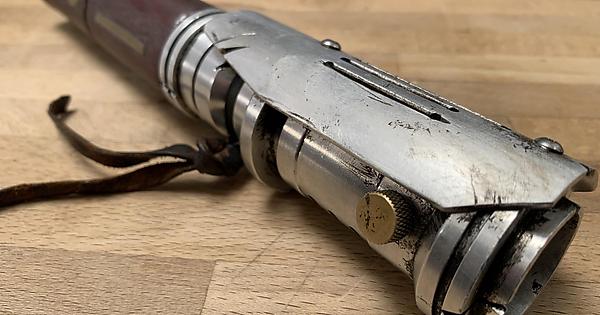