Inexpensive alternatives to Neopixels - Has anyone tried using them before?

Being a complete newbie to this craft, I’ve been browsing around for inexpensive LED strips to use for prototyping and making sure my ideas for flat blade construction will actually work well before I make the big investment in neopixels and the required hardware for them.

Today I found this: https://www.amazon.com/gp/product/B08H25JXPT/
I particularly like that it comes with its own controller, so that ought to take away the need to have a working setup already made in order to test blades. If I’m seeing this correctly too, the connections look really similar to neopixels, so maybe these could work decently well as a complete replacement for neopixels? If the built in controller were removed from it, it looks like it would be able to connect and be controlled in the exact same way neopixels would be.

Has anyone ever tried using these or similar cheap neopixel alternatives before? How well do they work?

I’ll just say you get what you pay for these days and in my experience if you’re gonna mess around you should use the standardized and recommended product. A lot of experienced people put time into verifying what works and cheap stuff has a habit of well, being cheap and breaking or failing. By all means experiment but don’t cheap-out, especially with electronics that don’t last.

@BenduArmory has a tote full of blade scrap seconds up for sale and most of us always have blade and LED strip scrap around we can share.

.
If you’re asking if you can just use the simple controller to test how they light up, sure. (although you’d have to cut off the plug in connector when the time comes to actually use in a saber with a soundboard.
If you asking if you can use that to actually build a saber, no. It just provides basic power and color control, no sound, motion, or button inputs and it won’t run on a battery that would fit into any chassis or hilt.

I have used inexpensive Amazon LED strips on a few projects, most notably my Artemis: Starship Bridge Simulator bridge and my home bar. 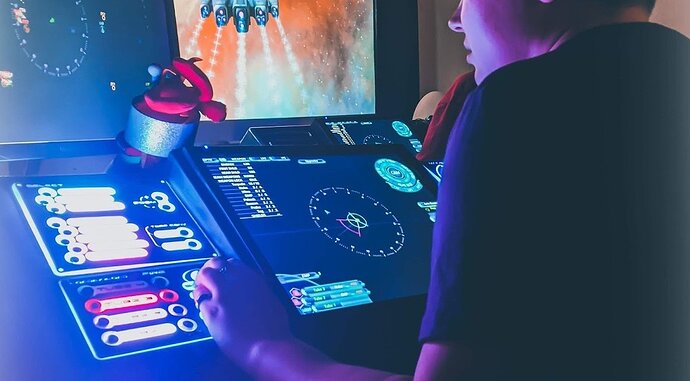 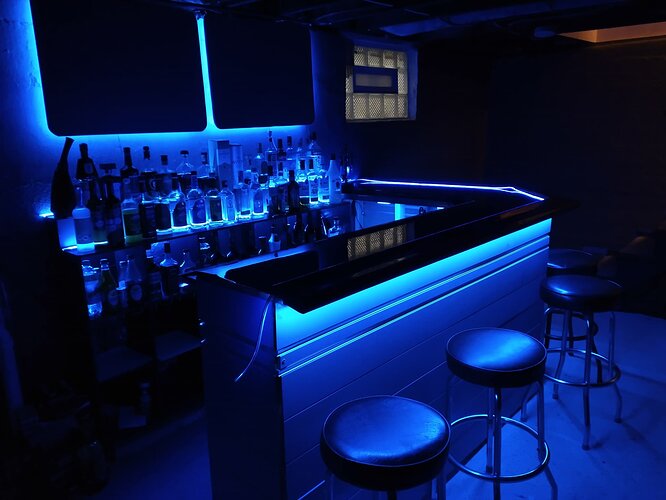 I have used inexpensive and higher end (more expensive) LED strips in both of the above builds and several prop builds.

However, I have only built one blade and I used the thin strips from sparkfun (mostly because they were thin), so no direct experience using cheap/ versus expensive LEDs on a lightsaber blade. I have some inexpensive Amazon LED strips ready to build a backup blade, but I havent gotten around to building it yet.

That being said; In all the projects that I have used LEDS in, I have yet to have an LED burn out or in any way stop working unless I did something to damage it first. However, since a lightsaber blade is designed to bang on stuff, your opportunity to damage the LEDs is higher.

One thing I have noticed from buying cheap and expensive LEDs is that the colors will often blend more accurately on the higher end LED strips.

You could also just try using the cheap strips to build a two strip blade and see how it works for you. If it ends up being junk you are out $30 and the time it takes to re-solder to the PCB.

Up to you if you want to take that risk or not.

ahhhh, I remember that game. haven’t played it in years. I never had enough friends to bring out its full potential.

I’m fortunate to have a lot of Star Trek nerds in my friend group and have gotten games of 13 people once or twice.

I’m also fairly close to Cleveland and have been able to get out to Artemis Armada, the Artemis convention, every time it’s been held.

I am…a bit obsessed with the game.

So you’re saying the strip itself would work perfectly fine in a saber, just not the included controller, right? Cool then! That’s exactly what my plan was, using the basic controller for testing how the blade lights up while constructing it, then removing the controller before wiring the strip to the proffieboard.

Yes, although you do get what you pay for in a lot of cases, so I can’t speak to actual quality of the LEDs themselves, but those are the “type” used in “neopixel” blades. “Neopixel” is the trademarked name for Adafruit’s addressable LED strips. The “WS2812B” 5050s 144 pixels/m addressable LED strips are what are used in sabers, so from the description they’re the same but if they are cheap or knock-off the quality may suffer.
I typically stick with known vendors on the saber sites, you may get varying results going with “cheap” options, so keep that in mind. Sometimes trying to save a few bucks makes you have to purchase twice and ends up costing more than going with a known product off-the-bat.