Because I’m bored and this is the smartest group of people to which I have access, I’m curious as to anyone’s thoughts on the double slit experiment, particularly the wave function collapse and observer effect.

If you’re unfamiliar with the subject, this is what I’m talking about:
https://www.youtube.com/watch?v=A9tKncAdlHQ&t=3s

I don’t subscribe to woo of any kind, but to me it does give more credence to the whole “we live in a simulation” argument because if wave function collapse is dependent on an observer, then that would fit perfectly with how rendering is done in a video game/simulation. Not that it matters at all since this is the only reality we’ll probably ever know. Just a cool thought experiment.

I only dabble in all of this for fun, so it’s highly possible (likely?) that I’m an idiot and just completely misunderstand the observer effect.

“observer” is a very poorly chosen word, and it derails quantum physics into the world of philosophy. As far as I understand, the observer effect is basically limited to the Copenhagen Interpretation, which is popular, but not the only way to try to explain what is happening in quantum physics.

I would recommend reading up on the many worlds interpretation and the pilot wave theory, both of which makes more sense to me than the whole “observer” thing.

The observer-centric view can be sort of comforting from an existential point of view though, because if you take it to it’s extreme conclusion, then the universe can’t exist without being observed, which sort of means that something or someone must be doing the observing. Maybe there is some sort of creator waiting to see how the universe plays out?

Of course, if you really want to see some mind-bendy quantum stuff, try reading up on the delayed choice quantum eraser experiment, which is a time-travelling version of the double-slit experiment.

I will def do some googling and reading, Prof. Mind-bendy stuff is my fave if I can grasp it. It blows my mind that the majority of any given physical object is just empty space.

“observer” is a very poorly chosen word, and it derails quantum physics into the world of philosophy

Which too often leads to woo and false hopes of something existing outside the physical. I used to want to believe in something lasting beyond my corporeal self, and I admit when I first started poking around in quantum physics it seemed entirely possible from my limited perspective, but the more I read and learn as time goes by, the more I’m convinced that the beauty of our existence is inextricably linked to its impermanence, and the former existential terror that arose from the thought of not being now feels more like a comforting promise.

Curious, what are your thoughts on the simulation theory?

Curious, what are your thoughts on the simulation theory?

I think it doesn’t matter.
Personally I think it’s fairly likely that the universe as we know it is someones screensaver.
Live every day like it’s your last, because tomorrow that someone might come back from their coffe break and wiggle the mouse…

And enjoy your sabers in the interim. Amen.

Like Prof said, “observer” is a poor choice. In the Copenhagen interpretation of quantum mechanics, the Observer Effect is the effect that measuring a system has on the system itself. The “observation” could be a probe, or detector of some kind, not necessarily someone looking at the system. So it doesn’t depend of the “observer”, just that it has been observed/measured in some way.

You can kind of think of the Copenhagen interpretation as a mathematical description of uncertainty. That is, we know that an unobserved/measured system could be “this” or “that”, we simply don’t know. So, we define the system as a superposition of “this” and “that”. Then, once we observe/measure the system we then know whether it is “this”, or “that”. So we say that the wave function collapsed from a superposition of “this” and “that” to only “this”, or only “that”. There actually is no way to “see” the superposition because as soon as we “see” the system, it has been observed.

Another interpretation of quantum mechanics says that the system is always only one of the states in the superposition, we simply don’t know until we measure it, but that the measuring doesn’t actually affect the quantum state of the system. For me, the Copenhagen interpretation doesn’t really prevent this thinking. You can say that the wave function collapsed to this state because we measured the system all day long, but the wave function is just our mathematical model for a part of physics, an aspect of the Universe that we are still working to understand. A quantum system doesn’t care that we use a wave function that is a superposition of states that we say collapses once the system is observed, a quantum system just is. Maybe it is a superposition of states before it’s observed, maybe it was always in that quantum state, we simply can never know.

I didnt come to this forum for next level conversation on existance, but here I am and am all for it. Thank you for the read/watch list.

Hmmm, interesting. I’ve always been curious as to whether or not things can exist without a mind to observe, and if that justifies our existence.

I’m gonna look at the time travely stuff next. But I hate time travel so much that when we watched the new Indiana Jones trailer my wife starting singing “it’s a time travel movie, your favorite kinda movie” to the tune of the old Big Red ads just to watch me melt.

slightly on the same subject, I recently learned that birds navigate not by sensing the magnetic poles of the earth. There is something in their eyes that use Quantum Entanglement to determine direction. Crazy stuff!

I checked out some of Sabine’s videos. She does an excellent job of explaining for laypersons like me, and the deadpan humor is a bonus. Also found her music videos. Lol

And what TheShadow1138 said makes much more sense after hearing her explanation of superposition.

What really got me thinking about the whole simulation theory (besides Musk mentioning it–ugh) was an offhand comment by Professor Carlos Frenk during a lecture on the Big Bang. He was explaining their use of simulators for the formation of galaxies, and he was commenting on the level of detail in the simulations when he casually mentioned that one day the simulations would be detailed enough to include life, people, and eventually consciousness before moving right along to his next point. The way he said it so matter-of-factly stuck with me. Regardless of the fact that it doesn’t change anything in my life, I still find it fascinating to think of and wonder what other simulations/universes are booted up at the moment and am I playing the game or just an NPC?

I think we can say with some level of certainty that our brains and minds are emergent properties of the universe, regardless whether that universe is “natural” or “simulated”. So even if we live within a simulation, you’re not an “NPC”, but a naturally occurring phenomenon within the environment we call “the universe”.

I’m not aware of anything life-like showing up spontaneously in any computer simulations us humans have created, so I think we have a ways to go…

Although, I guess there is always “conways game of life”, which has stable entities which can spontaneously emerge from random configurations. Not sure if that qualifies as "life-like’ though. Defining what “life” is turns out to be hard.

Wish I had a brain big enough to understand this thread, but even without that, it makes fascinating reading!

Thank you (I think?) for sending me down the wormhole that is Sabine Hossenfelder. Once I found her Schrodinger’s Cat video…

I did my first bachelors degree in physics and took a course on quantum mechanics. I’ve never liked the term ‘observe’ in this context because I feel it’s too vague and gives a very wrong impression of what’s happening if you haven’t studied it at least at the undergraduate level. My preferred way to describe waveform collapse is that it happens when a particle is interacted with. the implications of that interpretation are the same as if you use the word observe, but I think it takes a lot of the potential for misinterpretation out of it. Quantum mechanics is weird enough without bringing poor word choices into it. Ultimately it’s always important to remember that our laws of physics are just descriptions, not prescriptions. In other words, the universe doesn’t obey the laws of physics, our laws of physics describe how we have observed the universe to behave. All models are just models and are only useful within the realms in which they apply.

The chief argument I’ve heard of in favor of our universe being a simulation is that we will eventually have sufficient computing power to create a simulation of ourselves at a high enough degree of fidelity that it will be indistinguishable from the real thing, and that any similarly advanced civilization will likewise achieve that level of computational power, and therefor -robability dictates that we have a better chance of being in a simulation than of being real. That line has always struck me as a super flimsy invocation of the anthropic principle, and I don’t find it even slightly compelling.

Awesome topic! Assuming that a wave pattern intersecting slits even applies here, I got nothing except in terms of the quantum side I see “the universe” giving us the middle finger just to mess with us. As-in maybe only quarks make it past and even then could somehow break down into even smaller components we have yet to even theorize about, let alone prove. *The smaller component bit coming about due to a second slit causing more ability of any specific component to get through but then there’s the factor where those that make it through interact and crash together with the possibility of not just canceling out or growing, but also maybe crashing into each other breaking apart, maybe forming even more or possibly new components from the broken up stuff.

Off to swing a glorified flashlight with sound because it’s less cranial or existential.

*I had to look this up because it’s been too long since college. So quarks and gluons apparently aren’t separable so there goes that line of thinking to a degree. Now I am gonna go see if they can pass through matter or in terms of theory, go into and out of existence thus making it past the slit(s) and not fanning out.

@cbrsawyer SEE WHAT YOU CAUSED?!

Now I’m sending an email to a friend at Stanford Linear with this bit plus the “What if…” because who’s to say a wave, if there is a wave, will propagate as shown in the visual example versus at a different angle or approach? Maybe it approaches the slits like someone diving into a spot where someone else did first and the wave propagates differently as a expanding ripple upon a ripple? Maybe it won’t propagate out as smaller filtered waves at all?

See, one dimensional and we can’t be thinking like that because it’s limiting. 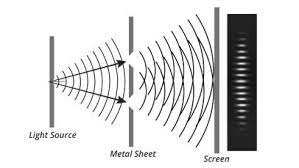 We need to think at minimum in the second and third dimensional maybe? 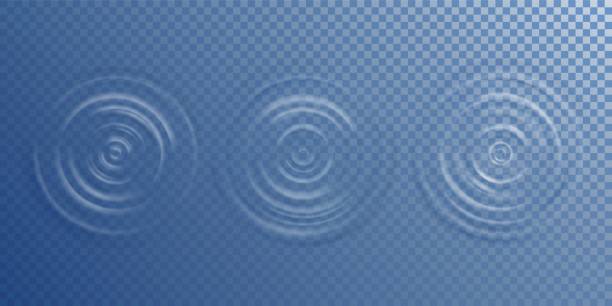