I browsed a few posts and checked what version I was running to make sure it was up to date, which it says it’s running proffie v3.6 in the boards manager; the only other thing it couls apparently be is the sd card ‘speed’ but i got mine from crimson dawn, so I don’t think its the SD card and I don’t know how to check because I don’t know how to access the serial manager. Anyone else having issues?

Also, would having a lot of stuff on your sd card effect its speed? I have a LOT of stuff on my sd card

The most likely cause is still sd card speed.
You can run sdtest in the serial monitor to test your sd card.
(Note that if you have DISABLE_DIAGNOSTIC_COMMANDS in your config file, sdtest won’t work.)
Or, I suppose you could just try a different sd card to see if that works better.

Note that deleted directory entries also count, so an SD card can be slow if it had lots of entries in the past. 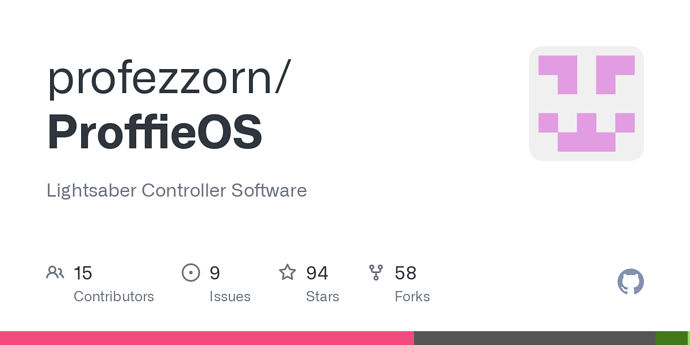 The hum for the saber is over 2 minutes long, and the swing h and l are also similar in length

Those aren’t terrible speeds. No, really long files are not a factor.
Have you organized your font hierarchy to be optimized for FAT32 performance?
Read the Speeding Things Up entry in the Wiki: Speeding things up · profezzorn/ProffieOS Wiki · GitHub

LOL i figured it out. All my custom sounds were in stereo and i think it was using a ton of info trying to play that. Shortened my swingh and swingl, split all my sounds to mono, working like a charm now!

Note to self; that was really dumb

12.2 streams should be good enough, unless there are outliers, which I would need to see the whole output for.

i think it was a general combo of the stereo, advanced bladestyle, and insanely long hum/swing sounds that altogether messed with it; I can look into it further but its working like a charm now