I’m working on adding a character “Recipe” builder for my library that will put together style combos and colors based on available source material. I’ll be starting with the films and Live Action series but wanted the community to help track down animation (excluding Visions since I already have) or video games (excluding Fallen Order) or other Canon/Legends source material on YouTube to help catalog other characters. I haven’t seen or played everything available so I’d like the community to help fill out the character list. Please post the character, game or show title and a link to a YT video of their saber in action in this thread so I can try to include.
They need to be established characters in canon or legends, not fan made, and I need video not still images of the saber effects to be able to create recipes.
If someone posts a character we don’t need duplicates unless it’s a different saber or game.
Thanks. 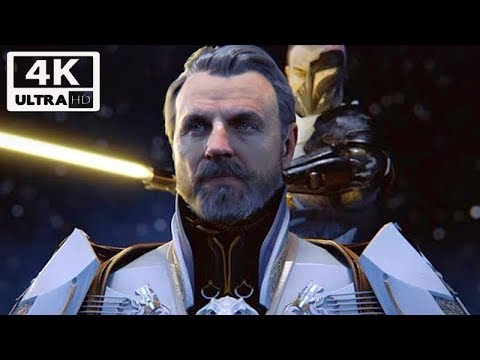 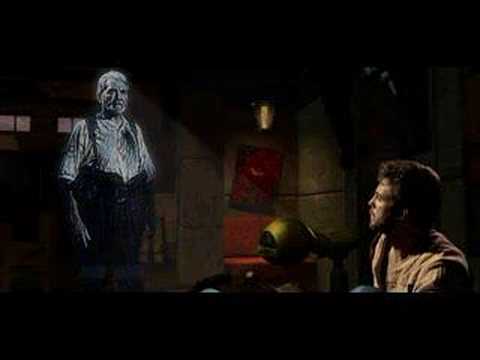 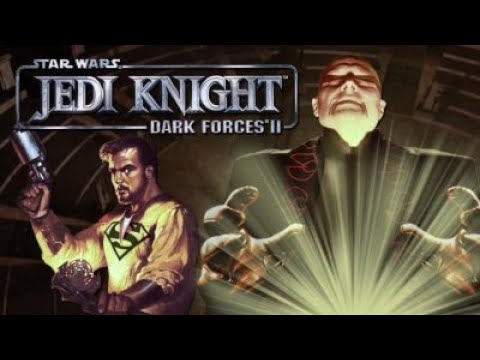 Awesome timing for this topic! You know I love the various game characters.
*When Eclipse comes out with more previews or a pro-friend of mine gets anything recorded I’ll post that up. In the meantime here’s my first go-to, The Force Unleashed reference. Since it’s a cutscene movie all Force Wielder scenes are there.

Here’s some more Kyle Katarn (Outcast along w Dark Forces) since @darthsindraga (Nick) posted the one version. It has all character references. 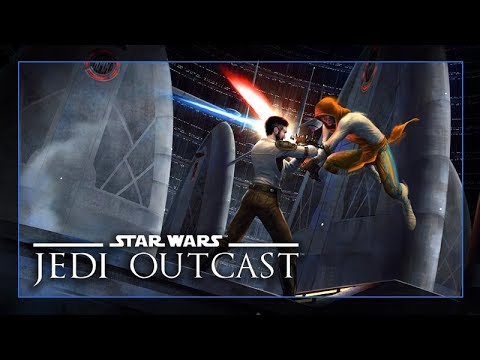 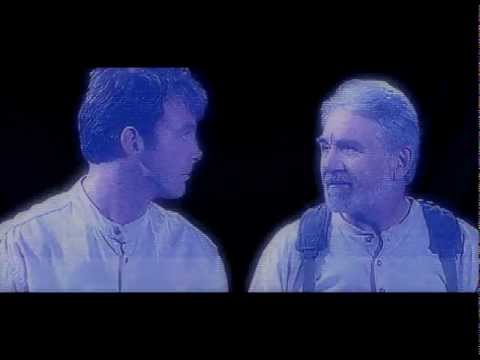 In these animations, the blade is pretty static, I’ve noticed.

I’ll still match up styles, colors, etc. as close as possible to make it easy for users to grab and match. Some games had more activity in the effects than others and people can always use whatever they want, the goal will be a starting point as close as possible to the source material and then a little “artistic license” where there’s a gap or missing references.

Exactly, there’s minor stuff that’s in the cutscenes that if you hack into the gaming code itself you can see it. IIRC someone has even modded the in-game effects or even made skin and bladestyle changes to play different characters not included originally like people are doing now with MineCraft.

I’m really looking forward to seeing what you put together.

I know more than one person (my daughter included) would want
these two sabers from the anime series Little Witch Academia Ep-24. 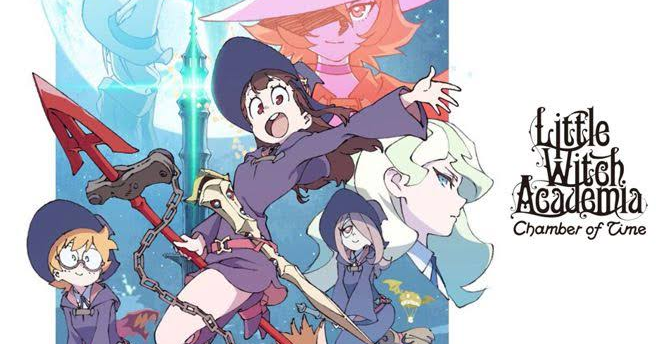 Akko Kagari is an ordinary girl who joins the renowned witch academy for witch girls, Luna Nova Academy. When she was younger, she went to Magical Festa, a magic show hosted by a witch ...

Star Wars: Knights of the Old Republic 1 and 2

Here’s two videos thought I thought best showed off the effects in these games. One is a rendered cutscene, the other is in-game combat (and includes the unique effect for the Master Power Attack feat).

I’ll put a full list of all characters this applies to at the bottom of this post. It’s quite extensive, since the games utilize these effects for all Force wielders. 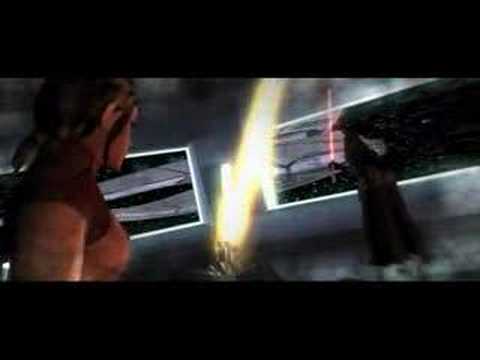 These effects are for:

I haven’t seen this one mentioned, but Kit Fisto’s saber in the 2003 Clone Wars animated series. I think it’s just supposed to be an underwater effect, but it is something different.

I poked around and see several of the canon recipes on the style library, and I have to imagine what I’m looking for exists someplace, but googling and searching here haven’t yielded clear results:

Do you have / is there a list of which of the colors in the library go with which canon sabers / characters? Obviously there’s a degree of nitpicking / personal preference and it’ll even vary to which version of a character you’re talking about, so I’m just looking for broadly speaking here for a list like this.

Conversely, is there a list instead of your Base Colors and the various canon sabers that go with them? Thanks!

This feature is on the back burner while I work on OS7 stuff, but eventually I plan to have this in a future update of the library but no ETA yet.

For movies the Rotoscope Styles for each respective era are closest starting point, with the except of Kylo obviously.

The Jedi Fallen Order and Darksaber have their own respective styles in the library.

Now, color is a whole different thing since it’s influenced by too many factors; how your blade is constructed, LEDs used, ambient light and other light/color sources in the environment, plus your own perception of the colors. The colors also vary with how they look in person and how they look in a picture or video. I usually tell users to try out the colors and compare to the screen and choose that way - or - start with a base color and use the Edit Colors > Edit Color Hue with Color Zoom functionality to dial in to your perceived “match” to a specific scene. Heck even in the films the color of the blade can appear different scene to scene so trying to nail down a true “canon” color is nearly impossible in many cases.
In addition, the “color” in the films and games are drawn on the screen, not really produced by a light source from a physical LED or such so it’s not really the same thing. Even in taking a screen cap of a scene and color matching you’ll find the RGB value from the screen cap looks very different when used on a blade, in some cases they’re night and day different, so it’s really a matter of finding the color that YOU think is the closest match or that you prefer and just going with it.

Yeah, and basically the styles you listed were going to be my starting points, with options picked so that I can muck about for individual fonts / characters via the Workbench. Is there a relatively simply way to drop all your “base colors” into a single style so they are easily testable / switchable via the workbench to actually test on blade?

For the named colors, like Red, Orange, etc. from the Color List you’d refer to colors.h for the RGB values:

Awesome! You’re a scholar and a gentleman. 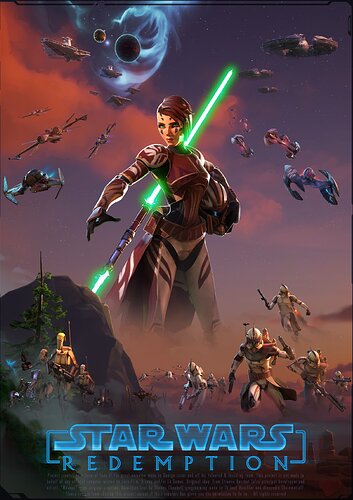 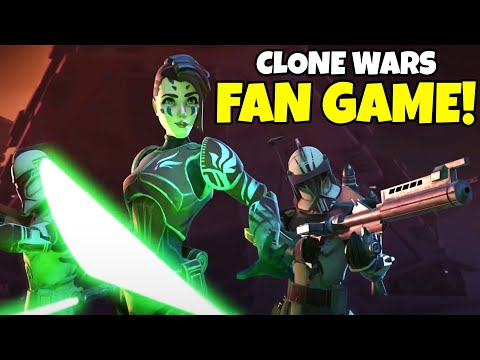 For movies the Rotoscope Styles for each respective era are closest starting point, with the except of Kylo obviously.

Sorry if this is the wrong place to ask - would you say Rotoscope is also the closest to Clone Wars/Rebels blades? Would those be Prequels/OT Rotoscope, respectively?

Thanks. The work you’ve done with your Style Library is nothing short of astonishing!

The animated series, by and large, have no real discernable animation they are basically just static colors from the episodes I just peeked at. So a Simple Static blade would be “accurate” but extremely boring IMO.

Fett263 Style Library for ProffieOS6 for use with Proffieboard lightsaber control board. Lightsaber effects and styles developed by Fett263.