Any one try it yet? Supposedly faster compiling. One example said 38 seconds down to 5.
@profezzorn would the plug-in need to update to accommodate the new IDE Version? 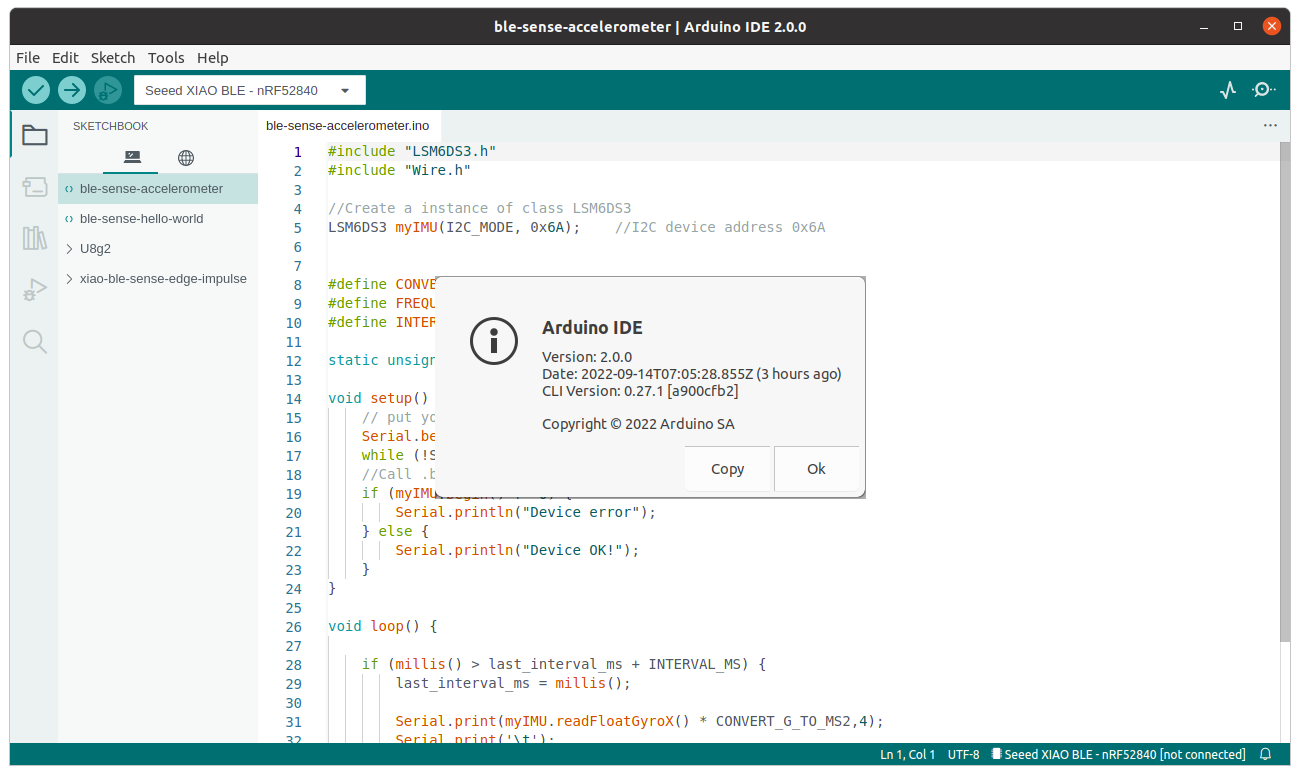 The first stable release of Arduino IDE 2.0 is now out. Based on the Eclipse Theia framework, the new IDE provides a more modern and user-friendly user

I have not tried it yet.
I would assume the plugin should still work, but I think there are new things to support (like the debugger)

i installed it. it takes a little longer to open. it has a better screen with tabs on the top and sides and a dark screen feature that i love . since i’m traveling i haven’t tried uploading a config. i will do that tomorrow. I hope that helps.
MTFBWY

Readme.MD always open in a tab (and shows primarily).
Download (still doesn’t say unpload) and progress bar stacked again?
Serial Monitor now an anchored console in bottom part of same window.
Cmd+Enter to send!!??
No auto-reconnect (need to choose port every boot)!?
Port includes a horizontal list of all board names.
No up arrow to history??
Preferences not a floating window.
Boards Manager now a side bar.
NO time savings compiling and uploading.

So basically two steps forwards three steps back huh? That’ll be a no for me. Honestly unless it’s something groundbreaking in terms of ease of use or file size management what we have now is fine. I even went so far recently as to have backed up 1.8.19 and 1.8.20 so all good.

I apologize if my post above is charged with animosity. That was not really my intent, I guess I was just really disappointed that things might be going “backwards”. I’ve become so accustomed to Apple revamping newer OS versions to have less and less of things that I think are so useful, like oh I don’t know…scroll bars, text on mysterious icons, color, selected item info shown in bottom of window, full paths to files, etc… the list is endless. So I was upset that things that were cool were being taken away.
Turns out that many of the mentioned items are either known bugs, requests, or are still in refinement process.
I got reprimanded on the Arduino forum for the same post, and I really shouldn’t have posted that way. Now I feel bad.
Best i can do is this here, which is apologizing for my recognized poor lack-of-judgement.
Think before you speak.
That is all.

I dunno, a little kvetching should be allowed.

You’re one of the good guys.

I’ve become so accustomed to Apple revamping newer OS versions to have less and less of things that I think are so useful, like oh I don’t know…scroll bars

Don’t even get me started on Apple upgrades!

Much as I love Macs in principle, I concur with you entirely Brian. The trouble is these days you don’t have a choice as more and more websites will steadily become incompatible with your browser at the very least if you leave it too long.

As for your Arduino comments, looks to me like all you did was list stuff you didn’t like about the upgrade and respectfully decline to embrace the new version. Seemed perfectly reasonable to me.

Like you, I’ll be staying with my older version and won’t fix it until it’s broke.

I downloaded it and after a few days…I went back to the older version. I found it slower than the previous version. I have a MAC as well.

I like it so far and will report back if I see anything majorly annoying. Screenshot is here.

@Sabersense FWIW I had to mess w Arduino yesterday when I was getting the new MacBook working and it looks like Apple is already addressing this w sites and apps by means of Rosetta. Once that went in I was able to work through the rest with an assist. So far there’s a couple leftover tiny glitches but 2.0.0 is working for me and a few others.

@BikerJedi I notice a couple programs initially a little slow but once they were properly setup things went smoother. I even compared against the device I traded in and my old '17 MBP and Arduino is working faster than on the other machines. YMMV I guess?

No issues flashing over 3 boards with the same config at 97% file size. All within 90 seconds.

*I wonder though if what others experience may be different if on a MacBook with the older Intel chips versus the M1 or M2 variants.

Side note, @profezzorn You’ll be happy to see that the ReadMe now automatically comes up in the Arduino tab so it’s there as quick reference now. *Image only this once to show it. 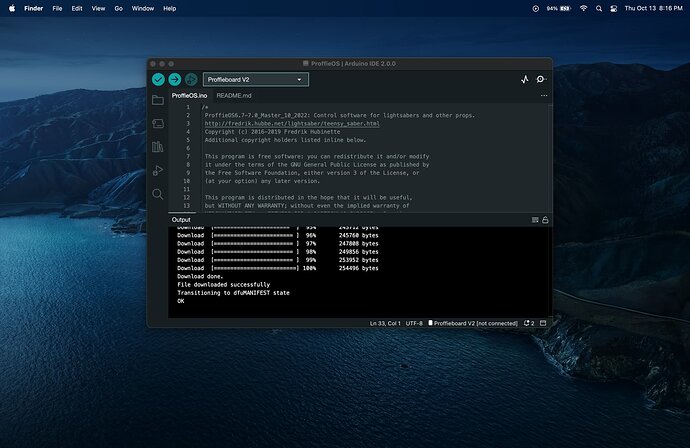 This is also being addressed so that it still opens the readme tab, but the focus is given to the primary tab instead by default.

I like you got what I was hinting at. It needs to not be the priority tab.

I’m carrying this other bit over from the Mac thread since it looks like it belongs here instead.

Anyone else seeing that each time you have to select the board or the port? Like if you flash a single board back to back and it no longer recognizes it immediately?

So yeah, works great so far and I only have these two little concerns.

This is where I addressed this on Arduino forums back at the beginning of this thread.

Oh I totally got that, I was pointing out IT’S STILL NOT CHANGED and based off the reply to your post it may not even be. Like I said/implied in the reply above everything you said in there is pertinent and I’ve no arguments w the points because each one is something I initially saw too. At least I got it working now (although out of necessity more than choice). I liked the prior version. Everyone wished it was different before, they fixed it, and now wanna backtrack for some logic.