A suggestion for workbench and edit modes. have a workbench sounds

Have a special sounds play in workbench mode. So that it will make certain sounds like a voice saying recalibrating plasma chamber and have a light humm with beeps or something of that nature to add a little be more in the experience of the edit and workbench modes.

the edit mode has common folder but the workbench is flashed on the memory and adding sound to it would be memory intensive.

though I get what you’re going for a Jedi: fallen order or kotor workbench feel to it. though take my opinion with a grain of salt.

Technically the voice prompts can say anything you wanted or be sounds, you’d just need to name them accordingly. 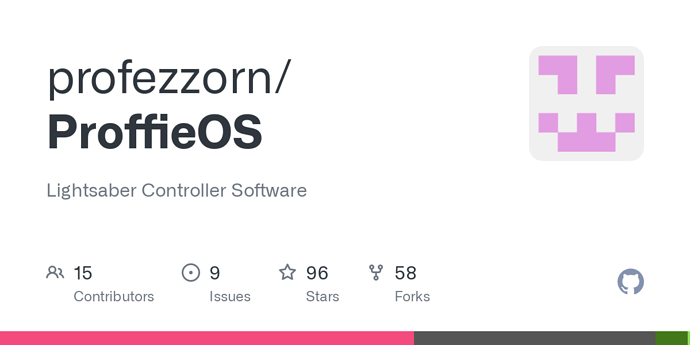 Now if you’re wanting some “ambiance” track in the background it may be possible but keep in mind the edits are writing to the SD so any long sound would be interrupted with each edit and then need to be restarted after the SD is unlocked. Not impossible but also not necessarily ideal as it would be choppy at best. There’s no way to keep the sound running the whole time as the SD is written to and your saber reloads the new changes after each edit made. But if you wrote a function to restart the sound after the SD unlocked you might get it to work somewhat although the end result may not be worth the effort.
You could theoretically add trailing sounds to the various voice prompts to have it apply a little ambiance, that may be easier and not so noticeable when the SD is locked and unlocked you’d just have to play and test.

The Workbench webpage itself could just have a background ambience sound, maybe even a toggle button for on/off.

It’s an interesting idea, but I’m a lousy sound designer.
Also, do you mean having the saber play the sounds, or the computer/phone?

Both would be interesting… Have the saber play a hum thats for the edit modes. say rebooting or calibrating crystal chamber or something specific to what its changing on the phone. Then a short shut down sound. and reboot/reignite after its done with the sd card
. this would make the process take longer. but you can always turn it off. also have the phone or computer have random beeps and boops and sound. its own sound loop.

Idk it was just an idea. Harry solo is working on a normal sound font as a “work bench” font. So I thought to extend the idea to real life.

Doesn’t edit mode play the hum of the preset you’re editing?
What if it just called for a new sound, like edithum.wav instead?

Edit Mode ignites the blade to allow you preview, it follows normal sounds based on the blade being on.

I havent had these set up for my one running saber. I am going off an idea. so then more work bench thing. I have only seen it on the videos of it.