This is a continuation of the thread in the Armory. I’m trying to upload the .bmp file but new uses can’t upload files

Should be fixed, try it now.

Thanks! The on.bmp is the test image I was working on. The blurry image is what happened when I uploaded on.bmp

This is a image of what happens when I try to display on.bmp. 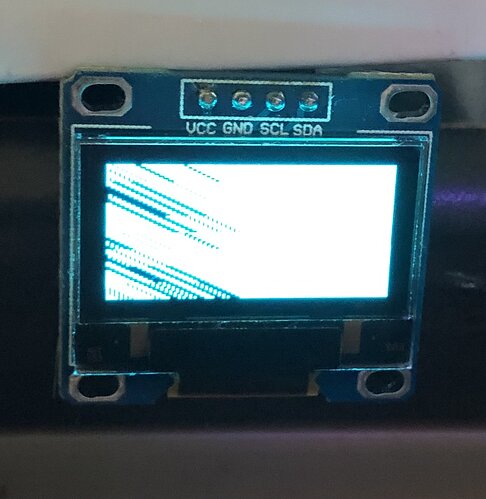 Nice! Discourse has bookmarks with reminders, so I can automatically have it remind me later today to try this out!

You are the man!!! Thanks

Here is a still of the sight animation. 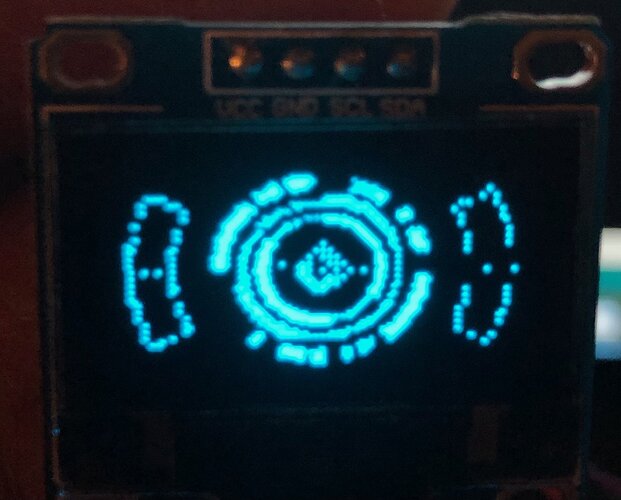 I have found that OLED performance is greatly affected by how much space is used up with the compiled upload.
86% full (just a few test presets) and it’s very snappy, but on a 99% full upload, it barely squeaks out 5-10 frames before a 5 second time out.
I assume it likes spare memory to run?
I know it’s on the low priority compared to sound and blade performance of course, but is there an option to increase priority by choice? (AudioStreamWork or something?)

That makes no sense.
The amount of flash memory used should have little or no effect on OLED performance.
However, there are some things that do have an impact:

I should really re-write some of the I2C stuff to to be interrupt driven, that would make most of these issues go away.

I should really re-write some of the I2C stuff to to be interrupt driven, that would make most of these issues go away.

Just marking this idea as a historic moment in OLED performance boost. Thanks @profezzorn. It looks great now in OS6.7 days.