My original question in the other thread before being asked to open a new thread:
“I just started playing around with everything since Friday and man there’s a lot you guys have done. First thanks for the hard work. Second I use a MAC instead of a PC and I have noticed that the WEB USB may not get along very well with Apple Products. It will connect and see the board but doesn’t always do everything 100%. Over the weekend I had a simple one blade file and it would pull up everything it seemed other than blade length. I had one or two time where it was a bit glitchy but it corrected itself by unplugging the board and plugging it back in. Could edit, blade would ignite…everything seemed to work great. Yesterday I was playing around with two sabers that had multiple blades and crystal chambers. One I got it to load blade length and everything else but then when I switched to settings and then back to the main screen, blade length disappeared. Reloaded and the program didn’t seem to get better. The other one wouldn’t really load any of the fonts or tracks on the screen and neither saber would ignite. I would get sound but none of the lights would come on. I am not sure if this is a multi blade issue or a MAC (Apple product) issue.”

Could you fix this to be the actual MacOS version?

If you guys find a fix for iPhone, I have a very happy customer in Spain. He has to hang onto a droid to remote into his saber via bluetooth!

As NoSloppy points out, having the actual version might be helpful. To find the version go the apple menu → about this mac.

The other one wouldn’t really load any of the fonts or tracks on the screen and neither saber would ignite.

One would be a communication problem, the other would indicate a problem on the sd card…

Since blade length is an optional feature, the proffieos workbench tries to find out if the connected saber supports it or not. If there is a communication problem, the button might not show up.

You might want to try just using a different USB cable and see if that works better.

Also, you might want to try pulling up the web console and see if you find any errors that. (Chrome → dot-dot-dot menu → more tools → developer tools, then select the “console” tab.)

When I say the saber won’t ignite I mean the button on WebUSB won’t ignite the blade but the saber will make sound. In other words, the saber makes all the noises but the blade, crystal chamber and pommel LED will not activate while plugged in to WebUSB.

I tried two different cables and I get the same results.

When not plugged in the saber works perfectly fine.

Does the saber have battery power when plugged in to WebUSB?
The blade not igniting would be normal if a kill switch was used.

So it could mean a couple of different things if I remember correctly:

I’ll be watching this thread since I’m preparing to try this out with both MacBooks running macOS Monterey v12.1 that’ll be running the latest Chrome download ASAP.

This is for the non Fallen saber that I was talking about that you couldn’t see anything in the browser for presets or track listing. It also wouldn’t edit, ignite…nothing through the browser.

Redid it to just have option of “Ronin” and everything showed up on the WebUSB Browser. The saber runs perfect on the browser, blade length for all three blades and everything on the mac.

well this would be why your LEDs aren’t lit.
Apply battery power, plug in USB and see what happens.
Also, have you uploaded with Arduino menu Tools>USB Type set to Serial + Mass Storage?
If so, are you waiting for the SD card to appear on the desktop, and then ejecting it from the computer before trying any of this stuff?

It fixed the issue.

If you go back to the original config, does it stop working again?

I’ll try going back to the original config after work this evening and see what that does.

I do Serial+USB in order to do the WEB USB browser and only use Serial+Mass Storage+USB if I need to access the card on the saber when I can’t get to the SD card. I always eject before removing or unplugging any sort of storage unit. The chassis setup for the Fallen doesn’t allow me to have the USB cable plugged in and a battery in it, battery is in the way. I will have to come up with a rig to allow me to do so. Now to 3D print something to allow me to do this for sabers where the battery and USB conflict with each other.

I have a fallen as well. I did not personally design the chassis and it’s annoying that SD access was not provided for. Additionally, I needed to carve out some of the plastic to make room for USB access as well. That said, I find these very useful across a variety of setups… 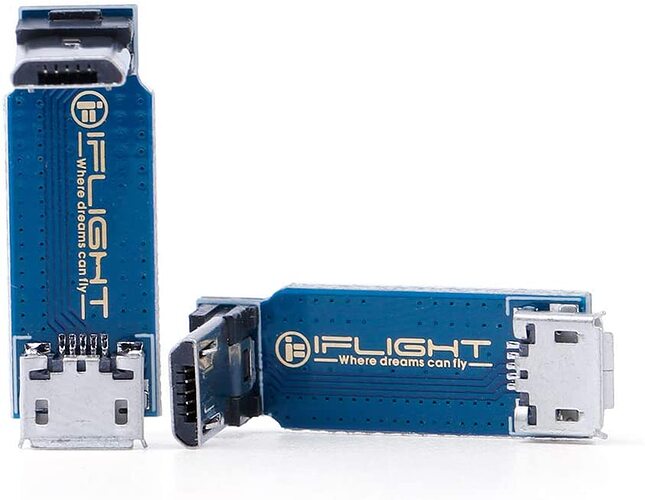