One data, two LED pads, two blades - will it work?

I have a hilt using all four data pads, but the fourth one doesn’t seem to be working. i.e. the LED simply doesn’t light up. (I seem to remember reading there are some issues with data 4, but could be wrong). Wiring and joints are all good, and it’s not the LED or the power pad because I’ve tested/bypassed both successfully. My blade array setup is below.

Ordinarily I would simply code them as sub-blades, as I’ve done with the main blade and crystal chamber in this case. The issue here though is that the switch box pcb doesn’t have a data out from either LED (see photo) - each is a standalone LED that only has a data in, so they can’t be linked in series as far as I know.

So I guess my question is, is there a way to get data 4 working correctly?

Or alternatively, is there way to share data 3 with both LEDs, but still be able to control each one independently?

It just occurred to me I better post the entire config.
Here it is:

I would just tap the actual data out from the LED itself. Just because the PCB doesn’t provide it doesn’t mean you’re out of luck 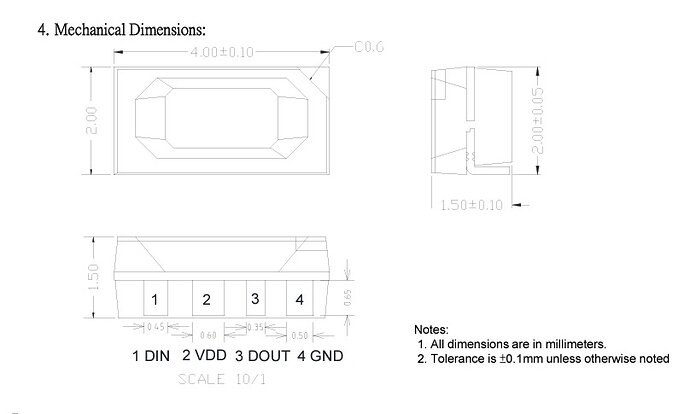 Are you sure that data2 isn’t actually data out?
It could explain why it’s not working…
Wiring the two LEDs separately is so stupid that I have a hard time imagining anybody doing that.

What does jp1/jp2 do?
I don’t suppose this PCB has a manual, or a wiring diagram somewhere?

As far as I know there’s no manual for these - at least none that I’ve found - but as always Prof., you’ve cracked it even when you only do it indirectly!

In other words, you have to snip one of them - leaving them both in place won’t work in any configuration.

Hence I’ve now snipped Jp-1, gone back to running LED 2 from Proffie data 4, and all is working perfectly!

Sincere thanks to both you and Brian for helping me figure it out! Much appreciated as always.