While it works fine, I mostly just copied the first block and repeated for other sound effect names (with a few caveats for 8char max and weird CFX stuff etc…)
It’s totally redundant and not elegant coding, and after dabbling with ProffieOS for a good while now, I know a bit more of what should be going on …in theory though.
I have Fredrik’s voice in my head like “Use the force, Luke!”, reverb and all, telling me there’s a better way to program it.
I spent a good bunch of hours self educating on bash (syntax and parameter expansion mostly) and now I’m about to look into making arrays the fix for the long drawn out code, as opposed to a case for every possible sound doing the same thing over and over.
I thought I’d share, as this is just as much open source as anything else, so if anyone feels compelled to look at some simple task programming, here’s your chance.

Starting with the latest that I did tonight, in prep for streamlining the rest, I did “Proffie to better Proffie.” Since the input and output names are all the same, it’s more straight forward than needing to read from an array and keep track of indices and stuff. It’s a loop that just runs through the folder contents until it’s done, taking into account adding leading zeros when appropriate, subfolders when appropriate, and not making a mess of empty folders or subfoldered singles.

The rest of the craziness is here:

this is a great script, I was thinking of writting a script that created folders if all the files where in the root of the font directory. though I just did it manually it’s a bit more involved than what this is cause it requires to create the folder, then move the files into the folder. great work man.

Yeah I had to think about it. I figured make the first loop write to root, then only if there’s more coming, make the subfolder, move the 01 we just wrote into it, and write to the subfolder for the duration of the effect name. If just the 1 sound, no folder is created and the sound lives in root.

I havent tested the newer script (proffie to better proffie) yet, but your first iteration works freaking great. Tested a proffie to cfx conversion, and it spit out my new files into a new folder in like 5sec.

I tired using the plector/cfx font converter tool they built, but for some reason I could never get it to work. This one NoSloppy made is way way way better

Credit also to Mormegil on Discord r/lightsabers who started it with Proffie to Xeno. I just went nuts with it. Glad it helps!
Proffie to Proffie is the base I’d like to use for the rest as opposed to how they are. Arrays is the key I think (hash table) to plop in the sound names…

The one thing i noticed though…when converting from proffie to CFX…it spits out the first “swing” file with no # at the end. I believe all CFX swing files always have a # at the end, starting with “swing1”

According to LINK’s post, some should have no number for #1.

Hello Saberland!! So in recent months (especially) there have been an array of amazing upgrades to Proffie & CFX Functionality respectively. As such, this has presented a unique challenge for u

Yes, for some sounds.

But for CFX, ‘swing’ in particular he only wrote “swing 1-99”. If the first one swing didn’t require a number value, he would have wrote:

Thanks for the catch. That cheeky ‘i’.
Here’s the updated swng case for PtoC

perfecto!.. that did the trick! thank you!

Update to this script.
Renamed to SoundFontNamingConverter2.5.
Changes:

hi @NoSloppy, I was going to have a play with your ingenious program but i seem to have fallen short at the first hurdle.
any idea’s what could be causing this? 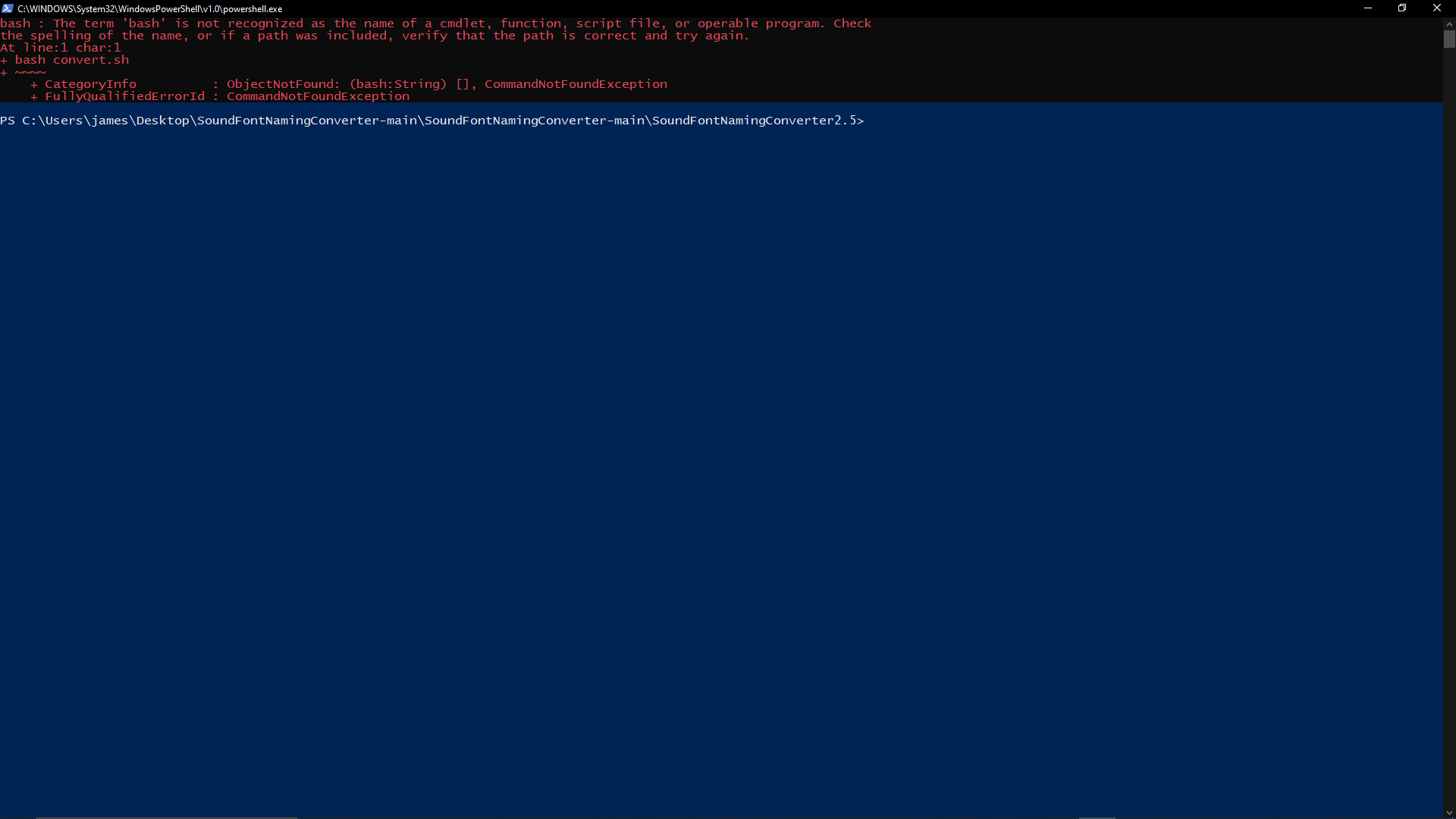 the main file is on my desktop.

To run on windows, you need to install Ubuntu for windows . Check this: 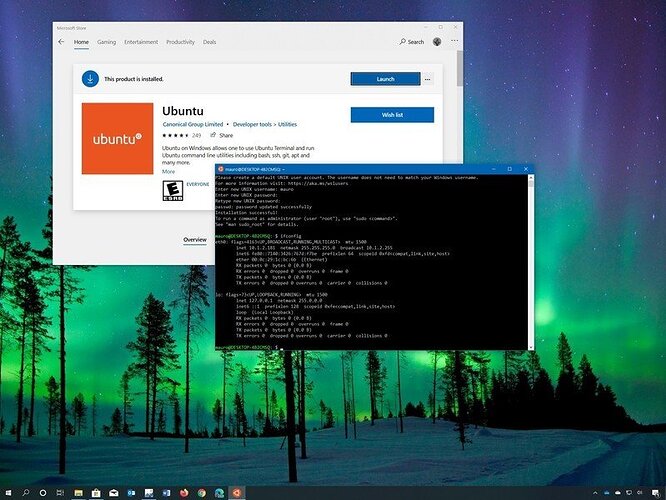 Do you want to run Linux on Windows 10? Use WSL, here's how.

In this guide, we'll show you the steps to install Windows Subsystem for Linux (WSL) as well as the steps to download and install distros of Linux (such as Ubuntu and Suse) using the Settings app and PowerShell commands.

thank you.
i thought i was missing something

all is working as it should now.
thank you. 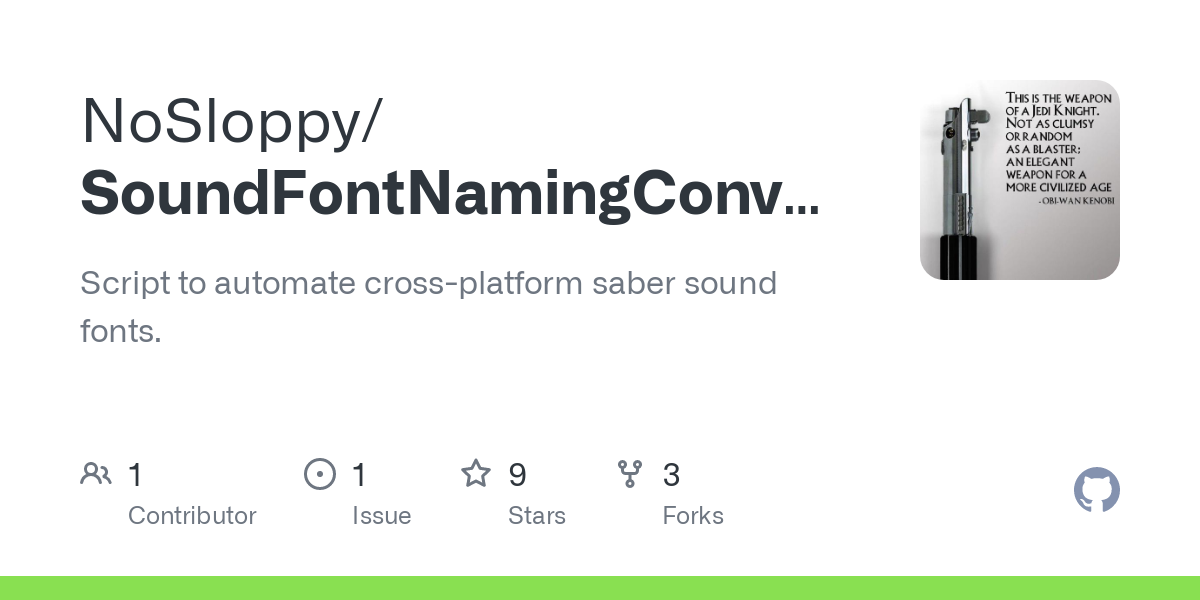 Hey Brian, great work! Have you considered adding Verso to the list? It’s a pretty well loved board.

Yeah, unfortunately as more versions got added, the code has bloated a lot.

The code should be written in a more reusable way by using arrays and then picking the arguments from a simple list of file names from source and target.
Right now, EVERY SINGLE sound gets processed in it’s own little routine and it’s a tedious mess. Uniqueness per board (like CFX doesn’t have melt) requires the forethought of how to handle it, and making that a universal process to just loop over sounds is what I haven’t wrapped my head around yet.

The Proffie-to-proper-Proffie bit is more along the lines of how they should ALL get processed. That works like a charm and is much less code than the other board formats.

TL;DR
If you provide the full list of what verso uses to me, I can add it sloppily for now.